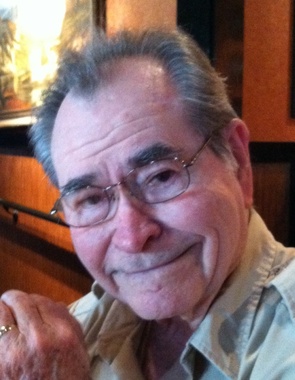 Back to Arthur's story

Arthur T. Yale, Jr. age 95, passed away on Friday, January 17, 2020, in Tallahassee, Florida. He was born in Valdosta, Georgia to Arthur T. and Mae Elizabeth Yale Woodruff on October 8, 1924. He was predeceased by his parents; brothers and one sister; Richard Yale, Robert Yale, Charles Yale and Louise Yale Sainz. He was also predeceased by his son, Charles Clayton (Clay) Yale and his sons-in-law, Ken Odom and Carl Thompson.
As soon as he was old enough to work, he began working at Barnes Drug Store in Valdosta, Ga. Mr. Charlie Barnes, Sr. was his employer and mentor. Mr. Barnes taught him his work ethic and the value of a dollar, lessons that served him well over his lifetime.
Arthur was a veteran of World War II, where he served as a medic in the China, Burma and India Theatre. He was also the last known survivor of a secret mission named "The Mars Task Force." After returning from the war, he went to work for Valdosta Drug Company as a pharmaceutical salesman and remained with that company until his retirement in 1986. As he travelled over the panhandle of Florida with his work, he made many special friends.
After retirement, he pursued his love of woodworking and made many pieces of furniture and picture frames. He also had a love of dancing and spent many hours at the Arthur Murray Dance Studio. He was an avid reader, gardener, collector of art glass, coins and skunk figurines. Arthur was also a 32 degree Mason and Shriner.
He is survived by his children, Linda Odom, of Bristol Fla., Joy Thompson of Quincy, Fla., Artie Yale (Kathy) of Tallahassee, Fla., Jenny Taylor (Cecil) of McComb, Miss., and Laurie Rodriguez (Artie) of Brandon, Fla. He has 14 grandchildren, 17 great-grandchildren and 3 great-great-grandchildren. He is also survived by his brothers, Donald Yale of Valdosta Ga., Norman Yale (Jane) of Dallas Ga., and his beloved sister, Miss Betty Yale of Valdosta. Ga.
In lieu of flowers, a contribution may be made to the Shriners Children Hospital in memory of Arthur T. Yale, Jr.
Graveside services were held on Monday, January 20, 2020 at 2:00 PM, at Sunset Hill Cemetery in Valdosta, Ga. The online guestbook is at www.abbeyfh.com.
Published on January 21, 2020
To plant a tree in memory of Arthur Tally Yale, Jr., please visit Tribute Store.

Plant a tree in memory
of Arthur

A place to share condolences and memories.
The guestbook expires on April 19, 2020.

Be the first to share a memory or condolence.